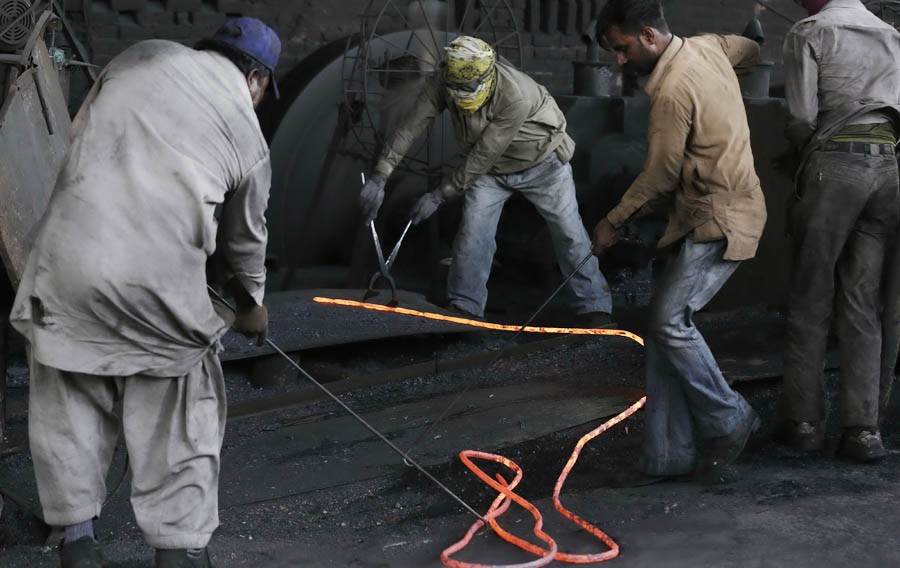 While you would hear many proclaiming that Pakistan may lose the GSP+ status once the next EU review report is published at the start of 2018, you may like to get your facts straight about the situation of labour rights in the country.

Pakistan was granted Generalised System of Preferences (GSP+) status by the European Union in 2014. The tariff preference is conditional upon the ratification and implementation of 27 international conventions, including the ILO’s eight Core Labour Standards. GSP+ allows tariff free access on 66 per cent of the all EU product lines. The first report, published in 2016, referred to some anecdotal evidence, suggesting GSP+ as an incentive for furthering compliance with ILO standards. Has the compliance really improved?

Interestingly, there is no state corroborated data on any of the core labour standards. Trade union density (a measure of prevalence of trade unions among the wage and salaried employees) ranges between one to three per cent depending on the source of numbers. Pakistan Statistical Yearbook 2014 quotes that in 2008 the total trade union membership was 0.245 million while Pakistan Workers Confederation estimated in 2012 the total membership as 1.8 million.

Different ILO studies estimate that there are over one million bonded labourers in brick kilns and over 1.8 million sharecroppers are bonded in agriculture sector. The Global Slavery Index 2016 estimates 2.134 million (up from 2.058 million in 2014) people are trapped in modern forms of slavery in Pakistan. In terms of absolute numbers, Pakistan is ranked 3rd (out of 167 countries) in this index after India (18.354 million) and China (3.388 million).Half of the workers earn less than the minimum wage while the ratio for women workers earning less than the minimum wage is around 85 per cent.

The last national Child Labour Survey in Pakistan was held in 1996, which indicated that there were 3.3 million (8.3 per cent of the 40 million) economically active children (aged 5-14). More than 70 per cent (2.4 million) of these children were boys. Though no new child labour survey could be held for the last 21years, the Labour Force Survey (2014-15) provides useful insights. Of the 5.24 million “children in employment”, 3.708 million are engaged in child labour, with 40 per cent of such children in hazardous work.

The current average wage for men is PKR 15,884 while for women the average wage is PKR 9,760 per month. Based on this figure, the gender wage gap (an indicator of how much women earn as compared to men) is 38.55 per cent, which indicates that for every 100 rupees earned by men, women earn only 61.45 rupees. Interestingly, the hourly gender wage gap is estimated as 26 per cent indicating that women’s wages are 74 per cent of men’s.

Over the years, only child labour numbers are declining (4.043 million in 2010-11 to 3.708 million in 2014-15). The gender wage gap has hovered around 40 per cent for a decade. Statistics on trade unions, collective bargaining coverage and bonded labour are not corroborated by any state institution. Since no easy data is available on the core labour standards, we turn to the “cash standards” which measure working conditions. These include minimum wages, working hours (limitations on hours of work and overtime) and occupational safety and health standards. These are referred to as cash standards since these raise the business’s costs of production.

Half of the workers earn less than the minimum wage while the ratio for women workers earning less than the minimum wage is around 85 per cent. More than 40 per cent of the workers are working excessive hours (more than 48 hours). Men’s ratio to work excessive hours is five times higher than women. The incidence of occupational diseases/injuries is 4 per cent for overall economy, higher for the male workers (4.70 per cent) than for the female workers (1.69 per cent). The incidence of 4 per cent indicates that every 25th worker faces an occupational accident or injury. The ratio increased from 3.49 per cent in 2010 to 4 per cent in recent years.

Does this situation indicate that the GSP+ status is under threat? If we learn from others’ experiences, the situation does not seem as dire. European Union has withdrawn trade preferences in the last 20 years for three countries only: Myanmar (on exaction of forced labour); Belarus (stringent restrictions on freedom of association and the right to collective bargaining) and Sri Lanka (for violation of human rights conventions). Research already shows that EU withdraws trade preferences on breach of labour standards only where the ILO has clearly held that such breaches are systematic, serious and persistent.

All the three cases (Belarus, Myanmar and Sri Lanka) are cases of politically motivated state-led violations, which eventually led to withdrawal of trade preferences. And in all cases, the violations were committed by the state authorities rather than by the private sector.

Does this mean the government should remain smug as it always is? Though there has been a cascade of legislative reforms in the recent years, there is minimal progress on implementation of that legislation. Unless labour inspection system is reformed thoroughly (it is not even about numbers of inspectors or budgetary limitations, it is more about keeping an update of inspections conducted, discrepancies found, prosecutions lodged and cases decreed — the data which is not readily available), the threat of withdrawal will keep looming since neglecting implementation of national legislation counts as state-led violation.

This article was published on 30th April 2017 on TheNews

Protection of rights and development