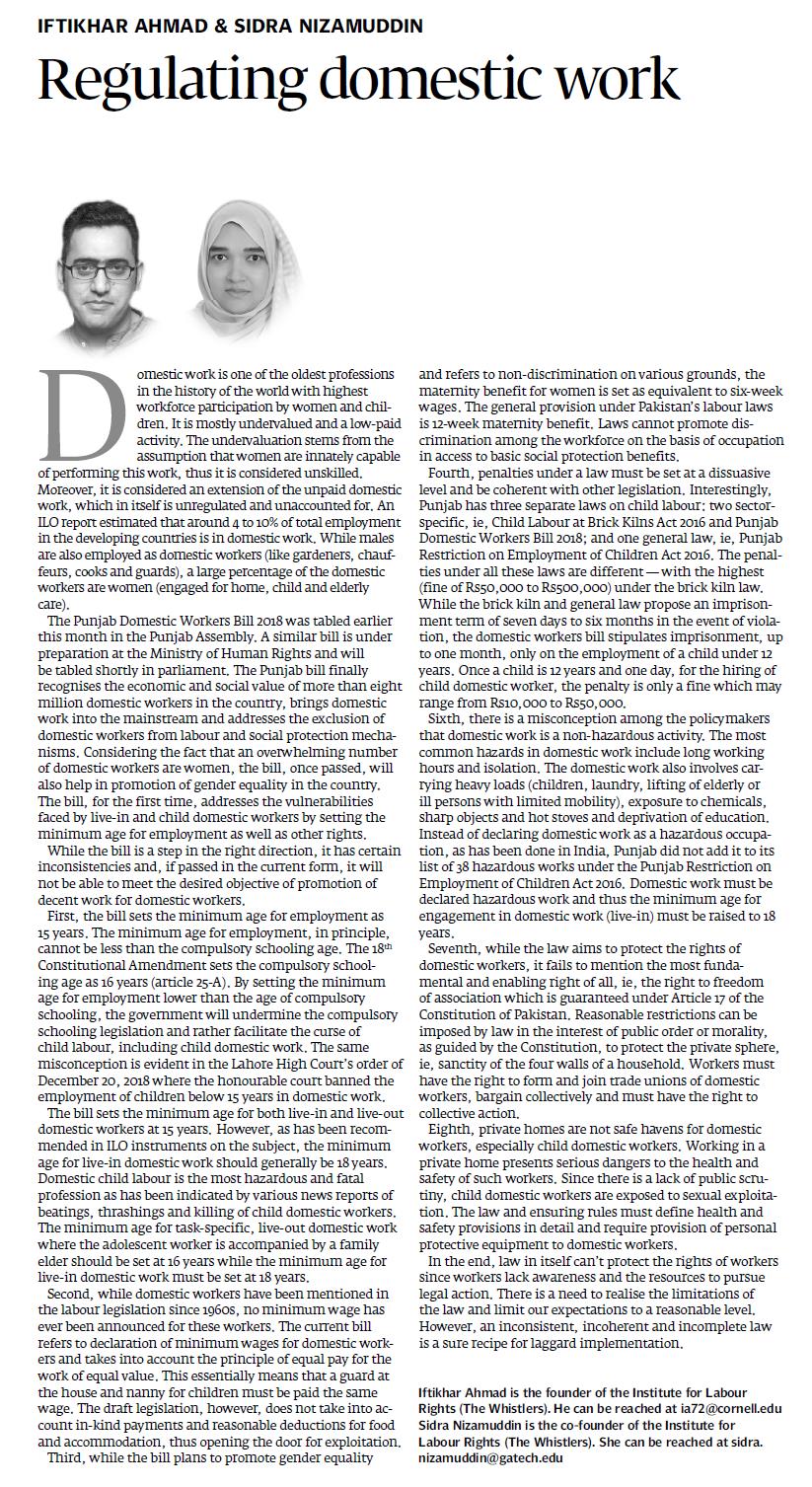 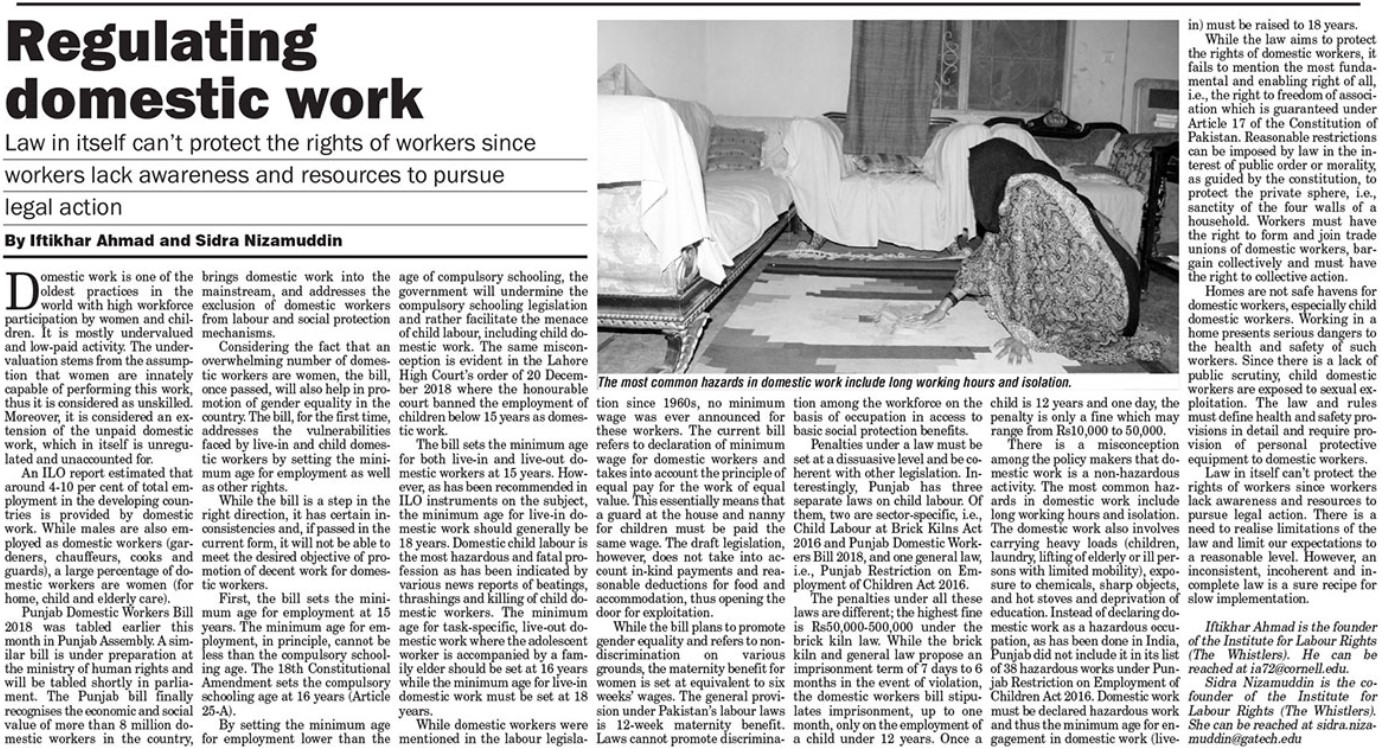 In this coauthored piece, Sidra Nizamuddin and Iftikhar Ahmad analyse the recently tabled #Punjab Domestic Workers Bill 2018. While it is a step in the right direction, an inconsistent and incomplete law can further frustrate instead of promoting decent work for domestic workers.