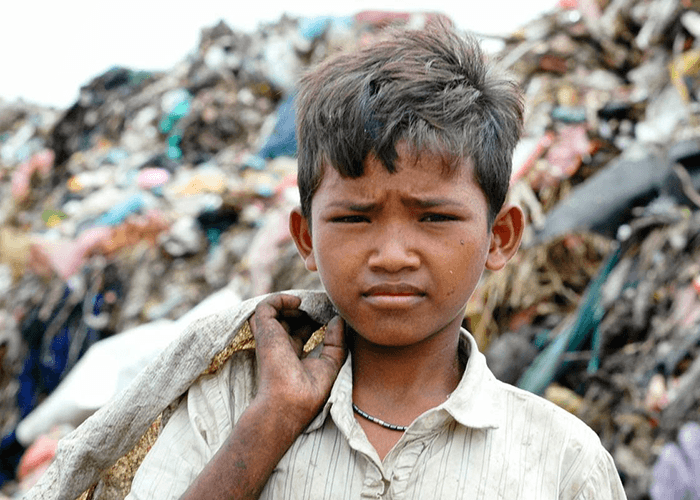 In Pakistan, 3.7m minors between the ages of 10 and 17 years are involved in child labour.

The federal and provincial governments need to follow a three-pronged strategy to curb child labour: provision of free, compulsory and quality basic education at least up to the minimum age for admission to work; adoption and enforcement of laws and policies, with cooperation between labour inspection and education systems; and establishment of a social protection system.

YESTERDAY, June 12, was World Day Against Child Labour. The menace of child labour is present in many developing countries. Research by the International Labour Organisation (ILO) indicates that of the 264 million children in employment worldwide, 168m are in child labour. Out of them, 85m are in hazardous work, which endangers their health, safety and moral development. Asia Pacific is said to have the largest number of child labourers, ie 78m, of which 16.7m between five to 17 years of age are found in South Asia.

The last National Child Labour Survey in Pakistan was in 1996, which indicated there were 3.3m children between the ages of five and 14 working in the country. New data on child labour has been compiled through the Labour Force Survey (LFS) 2014-15 to obtain more recent and reliable estimates of child labour in Pakistan.

However, the LFS does not take into account some other terrible forms of child labour prevalent in the country. The involvement of children in armed conflict, human and drug trafficking, begging and other illicit activities as well as debt bondage cannot be estimated from the LFS data. Debt bondage is usually reported in agriculture, brick kilns, domestic labour, carpet weaving and coal mines. There have also been reports of children’s involvement in armed conflict by non-state actors.

In Pakistan, 3.7m minors between the ages of 10 and 17 years are involved in child labour.

The federal and provincial governments need to follow a three-pronged strategy to curb child labour: provision of free, compulsory and quality basic education at least up to the minimum age for admission to work; adoption and enforcement of laws and policies, with cooperation between labour inspection and education systems; and establishment of a social protection system.

Unless basic education is improved through enactment and proper enforcement of compulsory education laws (KP has yet to enact one), there will be large numbers of out-of-school children. Though children in employment are a concern, those who are neither attending school nor working (6m children between 10-17 years) must be tackled first and their attendance ensured through conditional cash transfers (eg Khidmat Cards in Punjab), provision of free education through abolition of all school fees, and introduction of inclusive education strategies. The minimum age regulations alone do not produce the desired results since these divert children from regulated to non-regulated activities if compulsory education laws do not supplement minimum age laws.

Children in the higher age group (15-17 years) need to be given skills training through provincial technical and vocational education and training authorities and the National Vocational & Technical Training Commission. There should be programmes for apprenticeships and training of those children earlier involved in labour (rehabilitative measures) to facilitate their transition from child labour to decent youth employment.

The existence of a large informal economy (72.57pc); a massive rural economy including the agricultural sector (engaging 42.27pc of total workforce); lack of financial and human resource capacity (334 labour inspectors) in labour departments and other implementation agencies; and the scrapping of enforcement institutions in the name of investment-friendly policies (inspections were allowed in 2012 after a gap of 10 years), have all played a role in the lacklustre implementation of labour laws.

The capacity of labour inspectors must be strengthened to detect hazardous child labour and the worst forms of child labour. In order to combat this menace at the local level, especially in the agricultural sector, the local government system has to play its part. Greater collaboration between the enforcement agencies and labour departments is required for effective implementation of child labour conventions. A child labour monitoring system must be developed, for that complements the work of labour inspectorates/labour departments by monitoring those areas of hazardous work that are difficult to reach through conventional labour inspection systems such as workers in the informal economy (eg home-based workers).

The Sialkot Soccer Ball Industry Project proved a trendsetter in combating child labour through combining workplace monitoring with education, health and social protection programmes. That experience can be replicated in other sectors. The Punjab government has also started a sector-specific operation against engaging children under 14 years in brick kilns through promulgating the Punjab Prohibition of Child Labour at Brick Kilns Ordinance, 2016. Its operation is being extended to auto workshops, hotels/restaurants and petrol pumps. Similar sector-specific approaches can also be employed by other provinces.

While governments have focused on adopting legislation prohibiting child labour, a lot needs to be done to address its root causes. Poverty is the foremost among them: there is evidence that child labour declines by huge proportions when poverty is moderated. There is a need to establish adequate social protection floors such as the Prime Minister’s National Health Programme, conditional and unconditional cash transfers, school feeding programmes as well as public employment schemes (NREGA in India is a good example to replicate in order to ensure livelihood to people especially in rural areas). Punjab has already established its Social Protection Authority to “provide a comprehensive, efficient, effective and inclusive social protection system to the poor and vulnerable”. Other provinces can follow suit and establish similar institutions in line with the ILO Recommendation 202 (Social Protection Floors Recommendation, 2012) on the subject.